I chose to get a fancy cat when I moved to Copenhagen. Why? Because my apartment is the size of a shoe box, and a house cat would sink into depression while dreaming of mice and running free.

Coffee the Cat seems happy in the tiny space, as long as I spend a lot of time with him – and it has become clear that this breed of cat is just… something else.

He is not remotely interested in tasting fish or chicken. But salads! Oh salads. He once broke into the bin to steal salad. 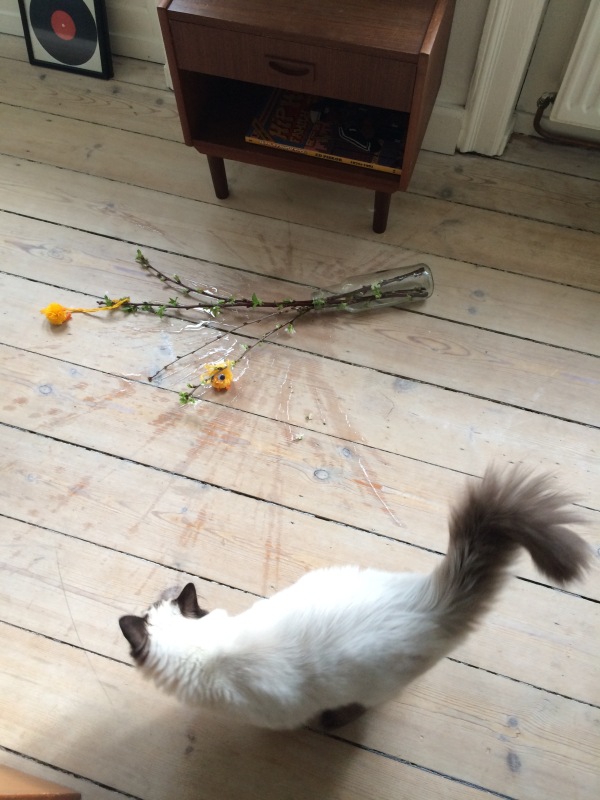 Cats are known to be graceful and have great balance – not this one.

But he is very classic cat-like in his way of handling little accidents. 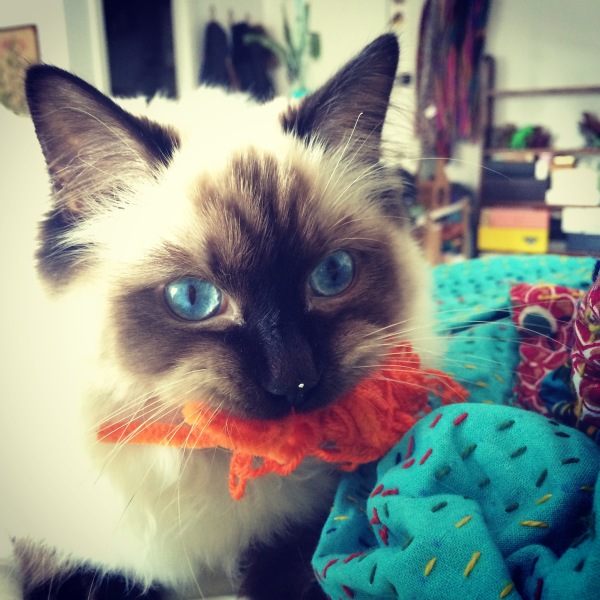 Ragdolls are known for their love of playing fetch. Coffee will only do this with pipe cleaners. Pipe Cleaners also double as comfort cuddly toy at night when he is spending the night at the cat sitter’s.

His massive chest hair makes him indifferent to wearing bowties. Putting it on him is a different matter… 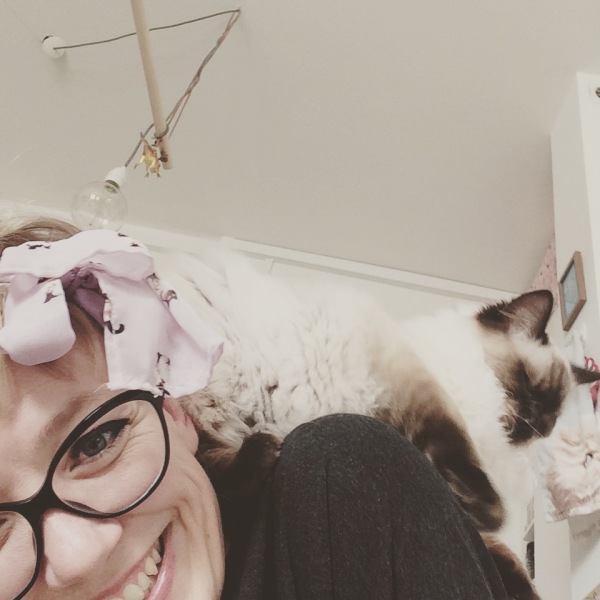 When he tries to escape me he hides on my shoulder. My little Baby Einstein. 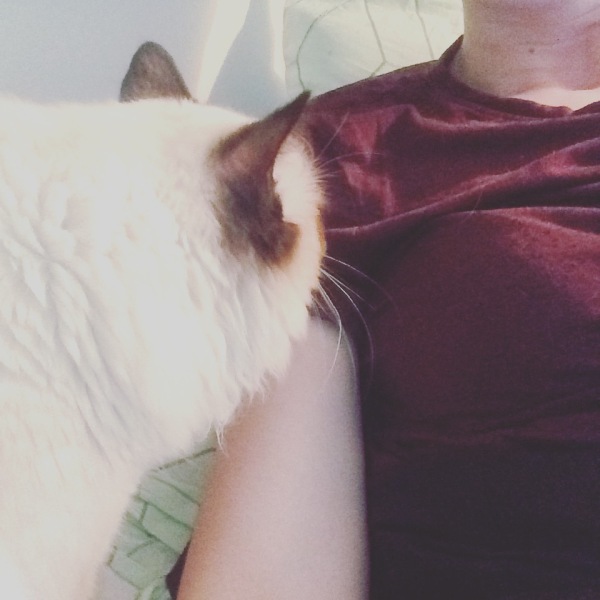 He LOVES a good bra!

He is growing fast. There is six month between these two photos.

He is very attached to his human. Reacting to my waking each morning with christmas-like joy. If I go to the bathroom while he is sleeping, he will wake up and RUN out there as if I was boarding an expedition for the moon and forgot about the pilot.

He seems scared of heights but he LOVES hiding under fabric. Hide and seek is his second favorite game (he is very bad at this gamle – he is always hiding behind the shower curtain and purring loud enough for even blind people to find him).

He talks and yells a lot. He yells because this window does not open (the door right next to it is always open). When he thinks I will leave him for good I can hear him throughout the building.

Other than that, I think he is like most other cats… Great company and sometimes a little douchebag. Just, you know, purfect. 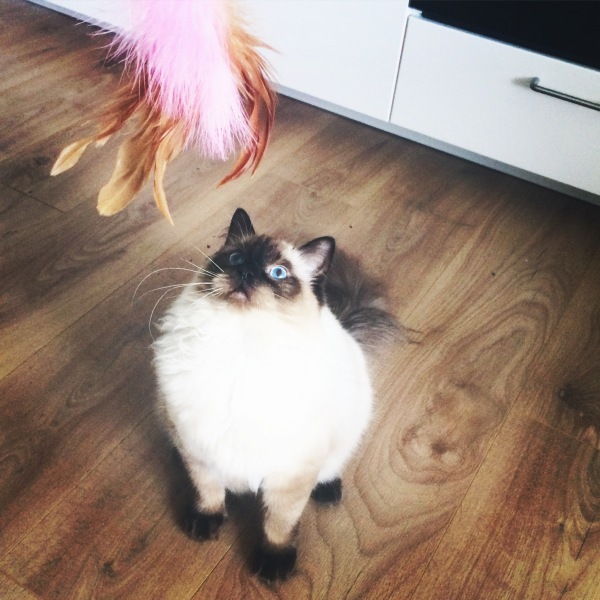 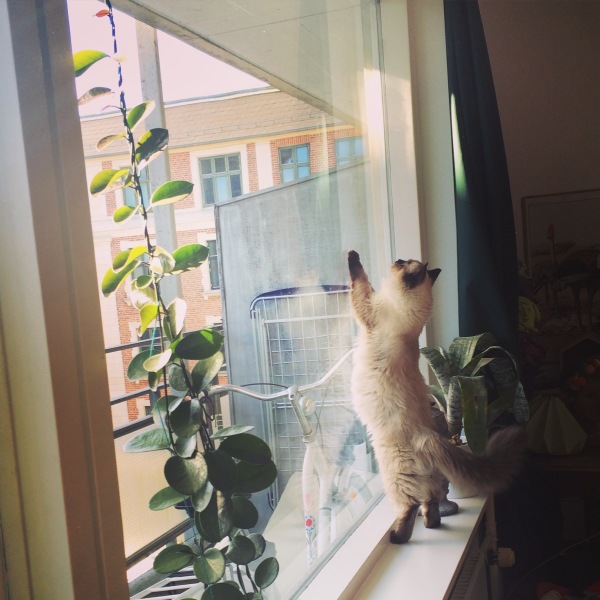 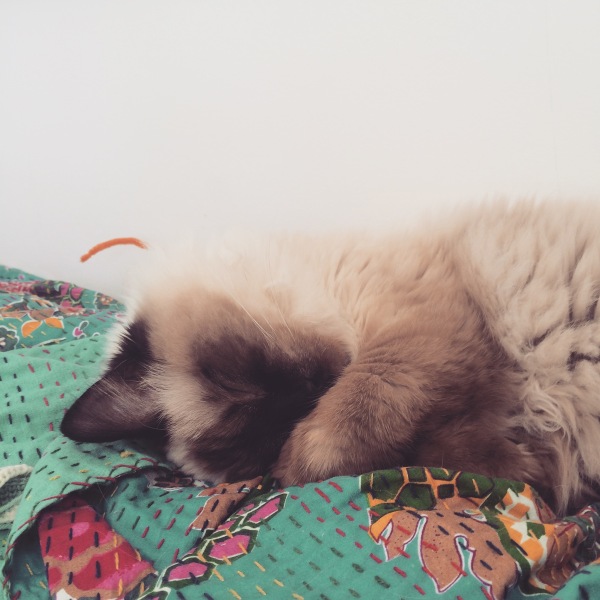 Many things changed once I became self-employed. Both the practical everyday stuff AND the daydreaming.

This is me when my computer died earlier this summer. The days with telling the IT-department “do something, please good sir” seemed very very far away and oh so rose colored.

I spent my summer dreaming about work while swearing over everything computer.

…or The Story Of How To Survive Your First Tattoo. 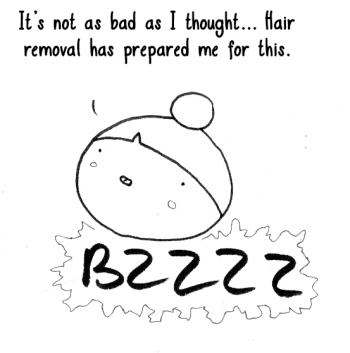 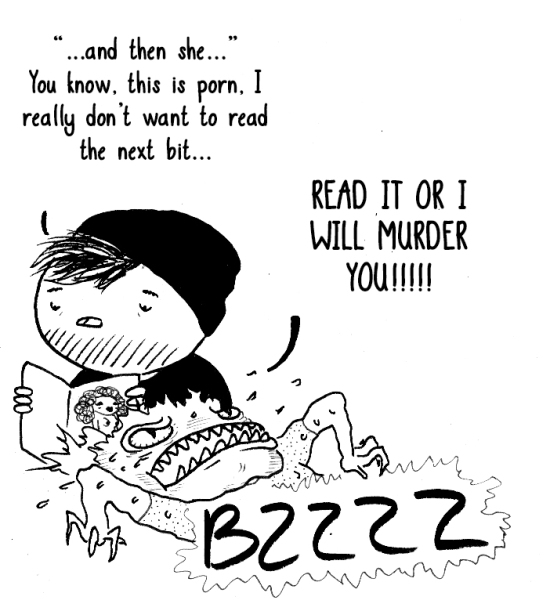 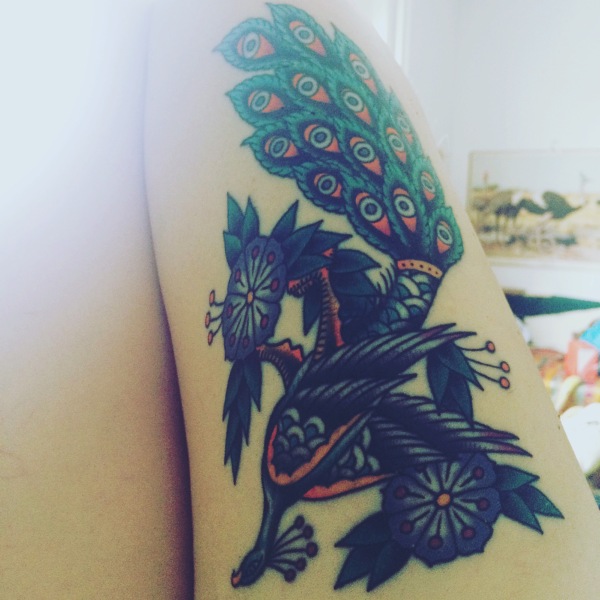